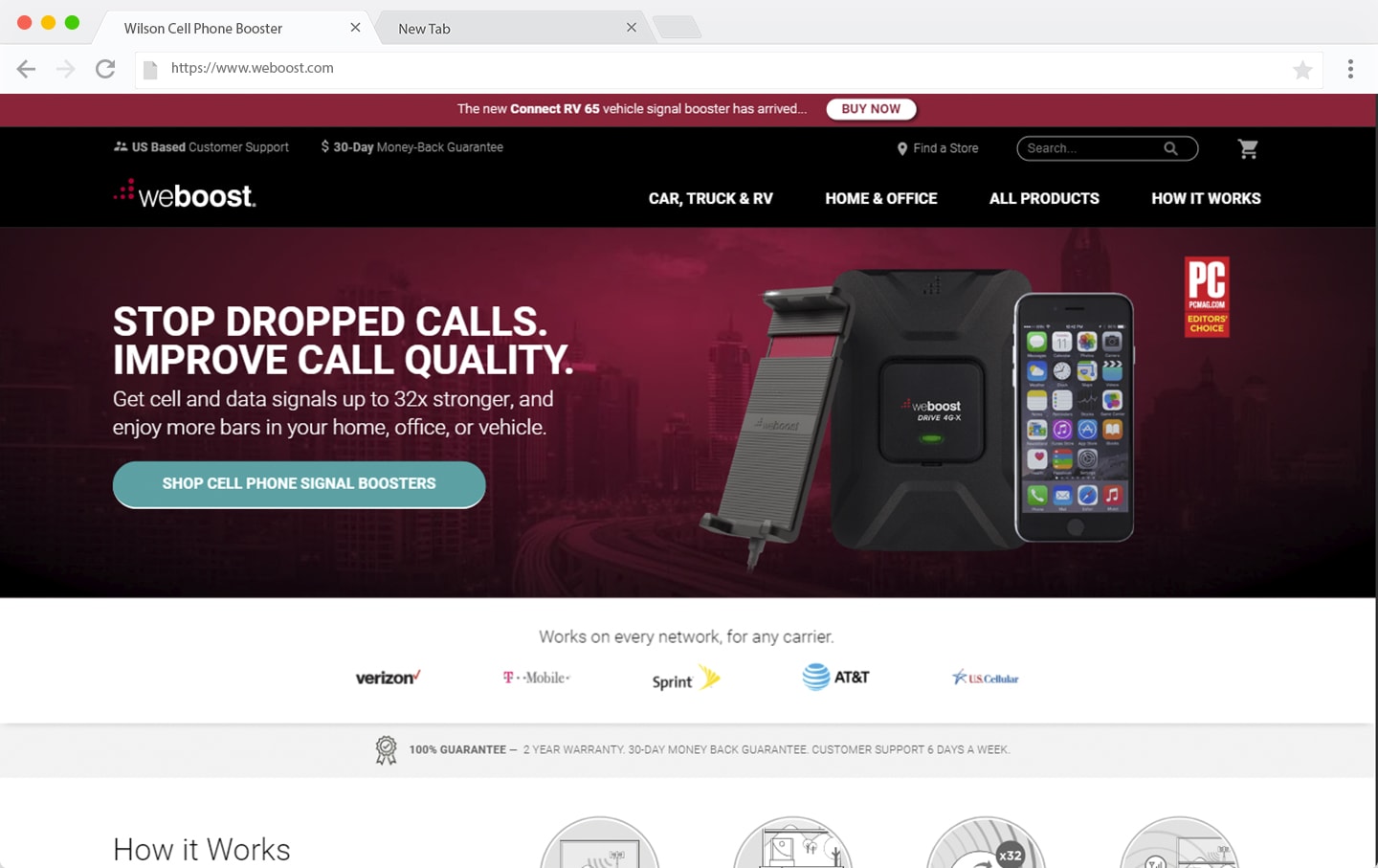 Working on weBoost was both daunting and exciting. There were many areas needing improvement, but the work involved moving over the site and its integrations would require a new vision from the company. The below points were addressed with our rebuild:

The original site had no version control, staging environment, and used an outdated Shopify theme. This left the site with many bugs and old, unused code. The rebuild would move the site outside of Shopify's templating engine, allowing for more modern practices. The new process would look like this:

Using this new workflow, weBoost would have a history of changes made to the site, be able to rollback any changes with mistakes, have different members check the site on staging before anything gets pushed live.

The old site was extremely slow, averaged over 3 seconds to load pages, failed many performance tests, and had badly structured URL schemas. Another huge problem was the site was actually split between two subdomains; weBoost.com which used WordPress for the blog and information and store.weBoost.com which used Shopify for the e-commerce and products. This alone had a huge negative effect on the site's SEO. Below is Google's own PageSpeed test of the old site. 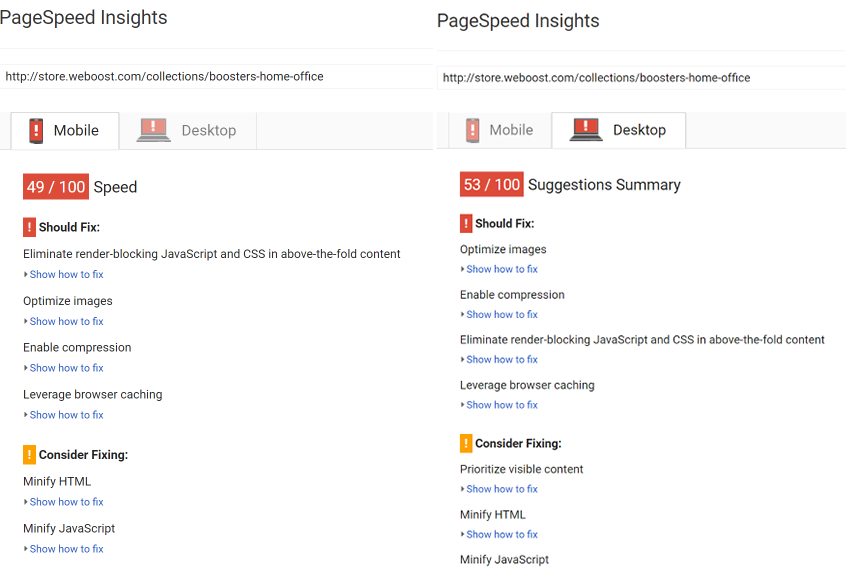 To fix this we made the following changes:

The rebuilt site launched with minimal issues and both plans for performance and SEO were a success. The rebuild had more than halved the page load and weight, increased the user experience with design updates, and made page transitions super fast with client-side routing.

SEO gained huge traction with simplifying the multiple domains into one. Before the update the blog gave minimal boost for SEO while the store and product pages held the majority of page rank. After the switch, the blog and product pages worked together and helped rank for more keywords than before.

The rebuild made working within the new system much faster and made adding new features a breeze. By only using Shopify as an API for cart and checkout management, the team was able to continue using current integrations / systems they were invested in. The new workflow made for better communication and prevented the site from having any downtime.